Today was the last of the GCSEs for Emma. It also marked her last day of school, but that’s another thing.

But that’s not really true.

Not the bit about me being so old I actually did ‘O’ Levels; that’s true. No, the bit about the ‘O’ Levels being harder than these new GCSEs: that’s simply not the case. I’ve seen the work that Emma’s being studying and it’s beyond anything I ever did at school. These new GCSEs are tough!

Not like the old ones, of course. They were considerably easier. Take for example the coursework. This represented a significant proportion of the final grade. The amount varied but I’ll use 25% as an example. 10% of the coursework grade was down to presentation. As such, 2.5% of the final grade was based on whether you’d made a pretty cover sheet for your coursework. That’s more than enough to cross a grade boundary. To my mind, that’s no way to grade academic ability.

Plus, my wife and brothers both did the old GCSEs, so it’s my duty to mock them…

But, back to Emma. Today , the last of the GCSEs, for her, was the second Physics paper and her 17th written exam overall. This is on top of the four practical exams she did back in April. So 21 exams to cover 9½ subjects, largely in a four week period. 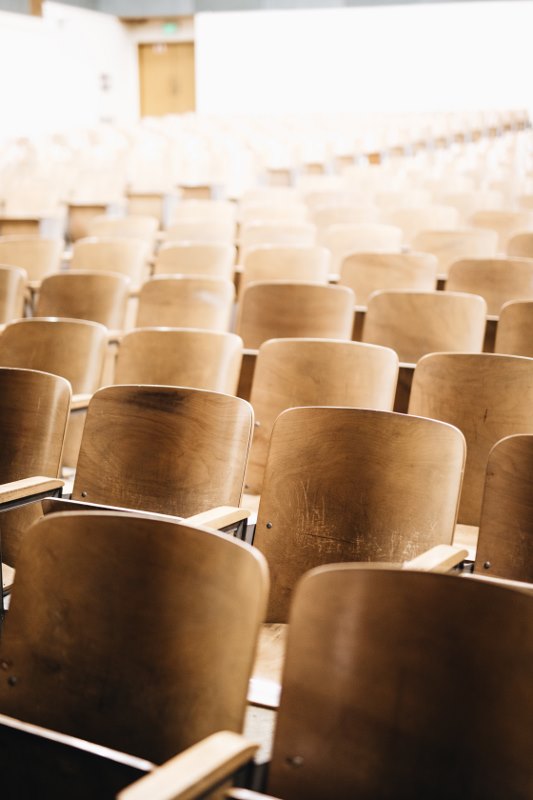 Photo by Nathan Dumlao on Unsplash

The ½ GCSE, incidentally, is in RPE, which is Religion, Philosophy and Ethics. What I knew as Religious Education (R.E.). It started off as a compulsory GCSE, that she had to include in her Year 9 options. It was still a full GCSE when the course started in Year 10. But after Christmas, when it was too late for anyone to switch course, the school unilaterally decided to drop it to a half course. Good old Heathfield School!

Emma’s timetable wasn’t too bad, in the great scheme of things. She only had two exams on the one day, on one occasion. Unfortunately for her, it was the first day of exams; a real baptism of fire.

In terms of exams per week, Emma’s timetable was:

The last week, again was a tough one. She had an exam each day, covering: Biology, Maths,  Chemistry, Catering and Physics. I wouldn’t wish that schedule on anyone, not even a teenager.

So, despite Emma being classed as a ‘Boffin’ at school, she’s found this timetable to be really hard going. A ‘Boffin’, apparently, is someone who works hard at school and wants to do well. It is used as a derogatory term. It’s strange how, in this country, pupils wanting to do well in school, is always something that should be ridiculed. What is now Boffin, used to be Nerd, and was Swot back in my day. British kids are strange!

But, Boffin, or not, having to be able to maintain focus and enthusiasm for revision for more than two solid months, is tough on any 15 or 16 year old. It’s not the sort of thing that can really be prepared for. The end of year exams in Year 10, for example, are all done in a week. With single exams in each subject.

The mock exams, likewise, are no reflection of the real thing. The mock exams, in actual fact, seemed to be designed to scare pupils by highlighting what they didn’t know. This is fine if it motivates people to work harder but I wonder how many pupils just give up when faced with this tactic?

But Emma was motivated by her mock exam results and settled down to even more revision. To the point that the closer we got to the end, the more burned out she became. The last few days have been revision overload. She’s hit the metaphorical wall and it’s only by extreme effort of will that she make herself study. But the studying starts, ever later at night.

I don’t like having to watch her go through it. I’m probably more glad it’s the last of the GCSEs than she is.

And now it’s just a case of waiting for the results. A good, solid two month wait for the results. That won’t be easy either. If she’s anything like me, she’ll repeatedly be drawn back to wondering how she got on. Sometimes deciding she did fine. Other times scared she did badly. For two months.

It’s no wonder that results day is such an emotional time. By the time you actually open the real results, you’ve already done it 100 times in your head. And then to actually see what you got: good; bad, or; as expected, the relief of actually knowing washes over you. 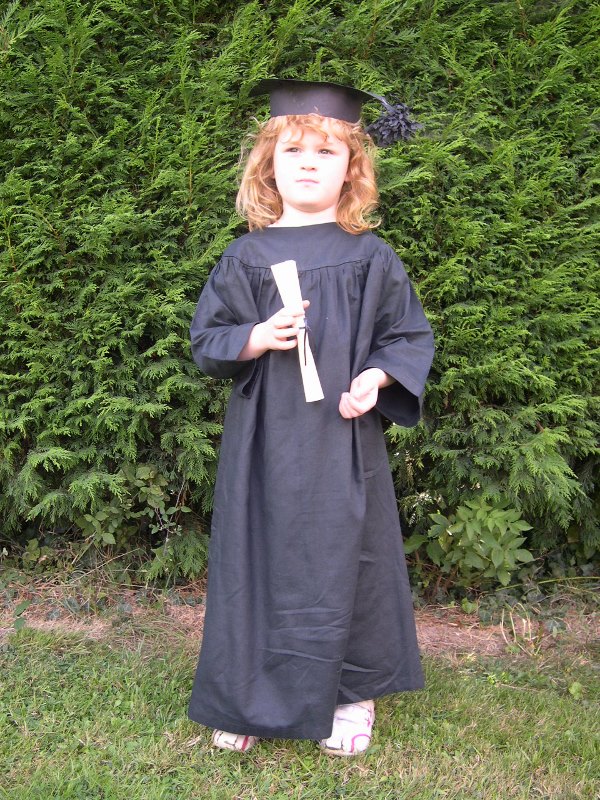 The last time Emma graduated from somewhere was nursery school. I think next time will be different…

I plan to be hidden somewhere with a camera, so I can record her tears and play it back on her wedding day. Oh, how she’ll be thrilled.

It’s like Emma’s all grown up, and it happened when I wasn’t looking… like I say: totes emosh!

Not for Emma, though. Not yet. She’s just thrilled that the last of the GCSEs are done and dusted.

For Emma, it’s a brave, new world and she’s looking forward to getting to know it.

The Trouble with Coffee

How Many Shoes Does One Daughter Need?!

The Cost of Your Child Going to University

Trapped With 2 Bored Teenagers In Lockdown

This website uses cookies to improve your experience while you navigate through the website. Out of these, the cookies that are categorized as necessary are stored on your browser as they are essential for the working of basic functionalities of the website. We also use third-party cookies that help us analyze and understand how you use this website. These cookies will be stored in your browser only with your consent. You also have the option to opt-out of these cookies. But opting out of some of these cookies may affect your browsing experience.
Necessary Always Enabled

Any cookies that may not be particularly necessary for the website to function and is used specifically to collect user personal data via analytics, ads, other embedded contents are termed as non-necessary cookies. It is mandatory to procure user consent prior to running these cookies on your website.